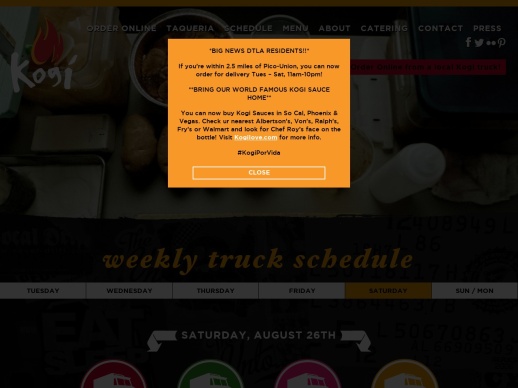 Kogi Korean BBQ is a fleet of five fusion food trucks in Los Angeles famous both for their combination of Korean with Mexican food and also for their reliance on Internet technology, especially Twitter and Youtube, to spread information about their offerings and locations. The food truck has won much recognition, including a Bon Appétit Award in 2009 and “Best New Chef” for Roy Choi by Food & Wine in 2010, the first for a food truck.

Why it’s in the Showcase: Kogi Korean BBQ is a thriving business that has gained national media attention for its unique food and marketing methods.